Agriculture 4.0: from agricultural drones to cybersecurity

Even in the agricultural sector, innovation and tradition find the way to collaborate, promising growth and development thanks to the latest technologies used to improve the production and yield of crops. 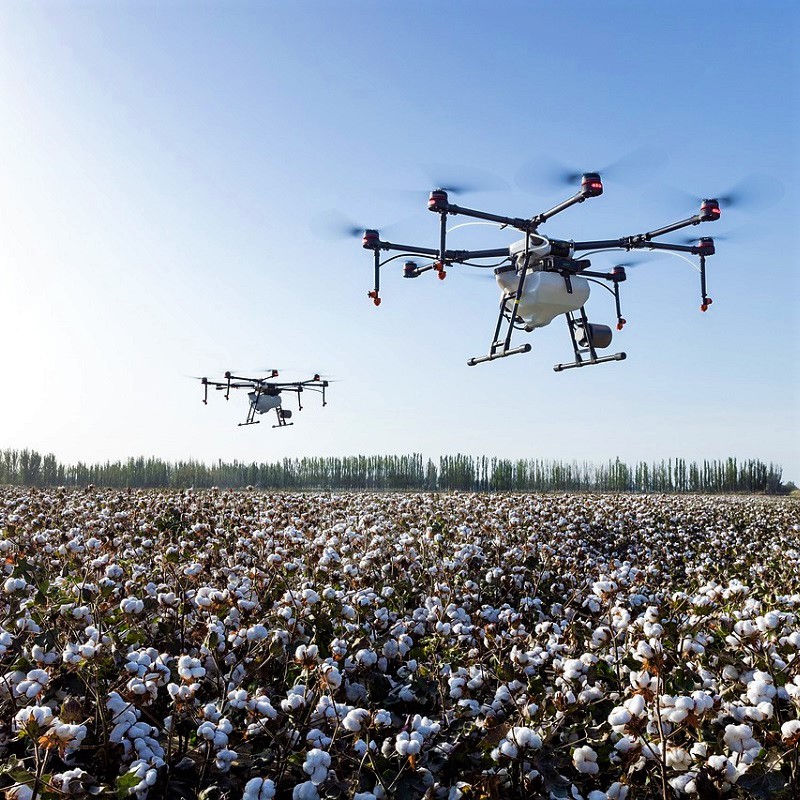 Thus even drones, which for some years have been used to monitor plant diseases, find more and more space in the fight against insects, weeds, for controlling the growth of crops or the state of the land. A quick and easy way to get to places that are often inaccessible and, thanks to increasingly innovative cameras, to have an instant photograph of the health of the sown.

In France, for example, the GeoAdventice platform is used to counter the development of datura, a weed that causes serious damage to the development of maize crops in particular, but also other cereals or buckwheat. The aerial images collected by the drones are analyzed with artificial intelligence algorithms and then by experts for extremely reliable results.

Another possible use is that of the distribution from above of powders, liquids or granulates with high precision both in terms of area and quantity, of artificial pollination or distribution of beneficial insects.

An increasingly smart and eco-sustainable agriculture to reduce waste and use of resources. In the most optimistic views, there is talk of a reduction in pesticides by up to 85%, and of a market whose value should double in the next 5 years, exceeding 20 billion dollars. And the first self-driving tractors have already been produced, which are also capable of carrying out an important data collection.

Agriculture is therefore becoming one of the targets of cybercriminals. If today it is certainly not one of the most affected sectors, as the use of technologies advances, the risks associated with cyber attacks will also increase. The main vulnerabilities are those that affect the entire Internet of Things sector of course. Network access and collected data are set to grow exponentially, but farms are not ready to face the approaching threat.

A cyber attack in the agricultural sector can decimate entire crops with considerable damage and little chance of recovery, moreover the devices made for the sector tend to be low-cost with little attention to security, thus becoming an easy target for spreading malware in increasingly interconnected systems. In fact, over 80% of US farmers recently said they have no idea how to deal with a cyber attack.