The world of robotics is opening up a very large market, with multiple challenges and opportunities. Today Fabio Puglia, president of Oversonic, talks to us about his robotics company which recently launched a cognitive humanoid robot RoBee. 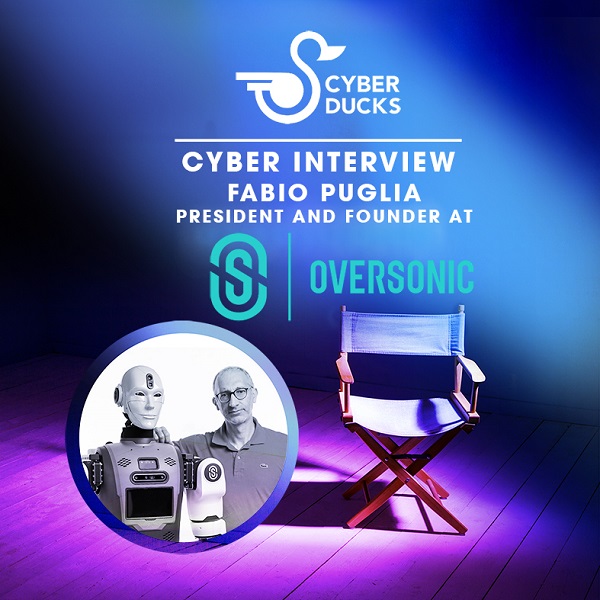 1) How was it born and what is Oversonic's vision?

Oversonic was born in 2020 from an initiative of mine and of Paolo Denti, with whom I shared the idea of creating a startup that brings a model of sustainable and inclusive technological innovation. The project is based on the development of a computer architecture, which today finds its main application in cognitive humanoid robotics: an area in which Oversonic products stand out not only for their technological content, but also for their ability to respond to social needs. Oversonic's vision, in fact, looks to a future in which technology contributes responsibly to the evolution of society, creating a context in which humans and robots can coexist and collaborate safely for the common good.

2) How was RoBee born and why? What are the needs to which he responds?

RoBee is our cognitive humanoid robot and responds to the need to digitize and automate production processes, introducing an intelligent machine in the workplace (in particular in factories and health facilities) capable of operating autonomously, freeing people from more routine tasks and dangerous, both physically and psychologically. RoBee is therefore born from an instance of innovation, which pursues the technological path opened by the industrial transition 5.0 and aims at the health and well-being of people. It is no coincidence that a strong acceleration in the development of RoBee came from the experience of the pandemic, when the news gave us daily news of doctors, nurses and health workers who died after being exposed to the infection in the workplace.

3) How has the Italian market reacted? And the foreign one?

It has only been a few months since RoBee was officially launched on the market. In May of this year, we presented the version of the robot designed to operate inside factories and it immediately met with great interest from industrial groups that have already highly digitized production plants. As regards abroad, we have signed a partnership with Barrett Technology, a robotics company born from an offshoot of the Massachusetts Institute of Technology, through which we aim to approach the American market.

RoBee is not just a machine, but a collaborative robot designed to work together with people. The humanoid layout responds precisely to this need. No one would think of talking to a faceless voicebot, while through RoBee, whose features mechanically and aesthetically replicate the human body, communication channels can be activated that trigger real social relationships.

5) What professions will be related to this business?

We will certainly see an ever greater diffusion of professions related to the entire field of mechatronics, cloud systems and machine learning. On the other hand, we are heading towards an epochal turning point, which marks the transition from "making" machines to teaching machines "to do". The "building", understood in traditional physical terms, will instead move more and more into the virtual world.

6) What role do artificial intelligence and computer vision play and how do they evolve interacting with humans day after day?

Computer vision has become the main tool for the investigation of spaces by robots. Although in some areas they suffer from some disturbances related to reflections or transparencies, they are undoubtedly the consolidated basis for interacting with the objects of the surrounding world thanks to the neural networks that often ensure results of great value.

7) How are you approaching the issue of security from the point of view of cyber attacks?

We know very well how cyberattacks have increased particularly in the last two years, which is why we focus a lot on training and raising awareness of the team from this point of view. We pay close attention to new forms of attacks such as ransomware and take countermeasures accordingly, such as backup redundancy and data encryption, and have adapted our architecture to the "zero trust" model. A precise intervention plan is also being defined to manage and mitigate any attack situations quickly and effectively.

8) Will augmented reality and robots coexist and intersect in the future?

In this case we are not talking about the future, but about the present, because there are already numerous robotics experiences in which operators drive the machines through augmented reality systems.

9) What will be the role of humanoid robotics in the next 5 years?

Humanoids will be an increasingly integral part of everyday life, we will learn not only to live with them, but to relate to them permanently. A very concrete development is linked to health services and personal assistance: a field in which Oversonic has already taken its first steps, activating a path of experimentation with these "social" machines, which in the future could be used in different jobs to support human operators in clinics and health facilities.